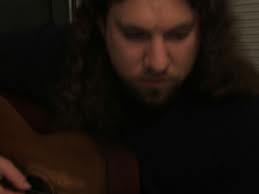 My name is Lev Strider, I was raised in Boulder Colorado by far out hippy beatniks and I’ve been writing songs since I was a little boy.  Now I write music for movies, tv and games too.

Hands on experience in unity and FMOD has been incredibly helpful to overcome my intimidation factor.  I’m actually really looking forward to working in Unity again and FMOD seems less formidable.  Steve Horowitz’s valuable music knowledge for Scoring for Games really opened my eyes to some important things I was overlooking in game music.  I feel like now I can say I’ll be able to tackle a game project, whereas before I would have said the same thing but erroneously.  Scott Looney’s valuable technical brilliance was inspiring albeit daunting too.  Thanks to Scott and Steve I feel much more prepared for the world of Game Audio and know now what I still need to learn.

For the breakout assignment I was immediately inspired to do a funky groove starting with horns but which then became electronic dance music.  This piece actually evolved even further and became a self contained piece that I added some vocals to https://soundcloud.com/lev-strider/breakout-original-lyrics-mix  The opening loop is the chill flute part of the song.  I also added a sound effect for the explosions combining firecrackers and bubble wrap. The win and lose stingers I made by editing elements of the main song.

Using the masterful harp playing of Lauren Sharkey turned out to be the biggest challenge on this one. But it inspired me through constriction to write some music that could work and was easy enough to play and communicate.  The idea was to have a single ostinato played by the harp that would serve as the bass for both the positive and negative sides of the maze.  and then using different modes within that same key to indicate the position of the player in the maze.  The further away you get the more the mode shifts till it is in the locrian mode, very dissonant and lost. Listen here: https://soundcloud.com/lev-strider/music-maze