ABOUT THE GAME AUDIO INSTITUTE

We started the Game Audio Institute based on our experience in the classroom over the last eight years, where we have been developing curriculum and teaching both graduate and undergraduate courses in game audio. Interactive media is very different from linear media like film and TV. The current state of game audio education often glosses over this point completely. Can you image a film scoring class where there was no discussion of Digital Audio Workstations? Game audio students and professionals alike, must understand what’s under the hood of a game engine. They must be able to speak the language of game design and implementation. They don’t have to be programmers, but they must have a general understanding of how games work.

Our goal is to educate a new generation of game audio professionals who are able to understand, and in some cases, integrate their own designs into actual game levels. Imagine the power of this proposition. The audio director at a game or interactive media company that is handed two demo reels, one showing off someone’s work inside a game in real time, the other a linear QuickTime or Youtube movie. Which demo do you think would better demonstrate that the prospective candidate understands game sound?

Unfortunately, all too often these days, people are missing out on developing a solid foundation in interactive design. Students are placed in front of Digital Audio Workstations such as Pro-Tools or Logic, or even a piece of audio middleware such as FMOD or WWise and then asked to simply imagine what things would sound like in a game.

The GAI approach is fundamentally different.  We want composers, sound designers, producers and audio professionals of all kinds to be familiar and comfortable with the very unique workflow associated with sound for games and interactive environments.

Games have grown in popularity. Gamification continues to permeate our everyday lives. Year after year, we continue to meet teachers from around the country and the globe that have been tasked with creating game audio programs in their schools. Many of these wonderful folks have tons of linear sound experience and even DAW skills galore, but they lack a fundamental understanding of interactive design. Our hope is that the Game Audio Institute can serve as a one stop shop and turnkey solution. Together, we can all help to raise the bar and educate a new generation of teachers and students who understand the unique challenges of working on games and interactive media!

Steve Horowitz is a creator of odd but highly accessible sounds and a diverse and prolific musician. Perhaps best known as a composer and producer for his original soundtrack to the Academy Award-nominated film “Super Size Me.”, Steve is also a noted expert in the field of sound for games. Since 1991, he has literally worked on hundreds of titles, including a ten year run at Nickelodeon Digital, where he had the privilege of working on projects that garnered both Webby and Broadcast Design awards. Horowitz also has a Grammy Award in recognition of his engineering work on the multi-artist release, “True Life Blues: The Songs of Bill Monroe [Sugar Hill].” Best Bluegrass Album” (1996).

Scott Looney is a passionate artist, soundsmith, educator, and curriculum developer who has been helping students understand the basic concepts and practices behind the creation of content for interactive media and games for over ten years. He pioneered interactive online audio courses for the Academy Of Art University, and has also taught at Ex’pression College, Cogswell College, and Pyramind Training. He has created compelling sounds for audiences, game developers and ad agencies alike across a broad spectrum of genres and styles, from contemporary music to experimental noise. In addition to his work in game audio and education, he is currently researching procedural and generative sound applications in games, and mastering the art of code.

“I have known Steve for over ten years, his leadership and experience in game audio makes him the perfect person to educate the next generation of game audio professionals” 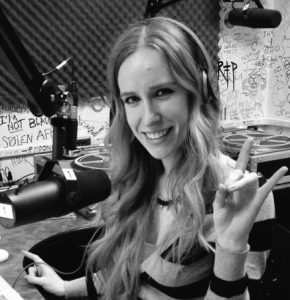 “I had the opportunity of attending Steve Horowitz and Scott Looney’s Game Audio Workshop at San Francisco State University this summer. The pace of the course was perfectly matched for everyone’s learning abilities and covered everything I wanted to know about video game sound!” 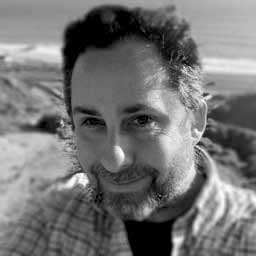 “We brought Scott and Steve out for an all-day hands-on workshop. The student attendees LOVED the material, the module, and the delivery. The book has been a great resource for my audio students and the new online course promises to be fantastic for all levels of student! Thank you Scott and Steve!” 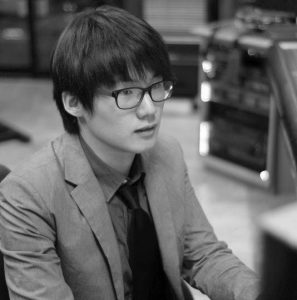 “I was very fortunate in attending the Game Audio Summer Intensive workshop at SFSU (2018) and found it tremendously informative, I traveled all the way from Texas! I gained valuable insight, into what I would have to learn and prepare in order to be successful in this career. I highly recommend this workshop to anyone who’d like to have a better understanding of game audio.”

ABOUT THE GAI METHOD

All knowledge starts with a conceptual theory of some kind. We take the most basic concepts at the heart of game audio and we find ways to show the concepts a number of times and in a variety of ways—via text, via image and by video tutorials.

The logical application of theory is benefitted by different assessment methods that aid the learning process. Our Lesson plans, Rubrics and step by step guides, help to reinforce the terminology and concepts being taught.

In order to learn about what is essentially a non-linear and experiential
medium, you really need to encounter the concept firsthand within the
gaming environment. It does you no favors to play examples of game
music or sound, and just imagine what it will be like in the game. Instead
we immerse you in a game-like setting that illustrates the concepts in a
more engaging and fun way!